If you have any experience within the digital marketing sphere today, then the chances are you know just how valuable video advertisements can be. Unlike streams of long and unyielding text, video advertisements allow businesses to engage their audience using a new range of senses to entertain and inform.

According to eMarketer, US digital video ad spending is expected to reach around $7.77 billion this year alone. This accounts for an increase in spending of 33.8% year over year, representing 13.3% of the total digital ad dollars we use on an annual basis. As more money flows into the video advertising format, it only makes sense that advertisers and agencies would start considering how they're going to deliver premium-standard content to their audience.

Out-stream impressions are types of video advertisement that don't come attached to any other content. In other words, they're not like those YouTube ads that show up before you can view a video - they stand alone within standard ad placements - such as on websites or in the midst of articles. These unique types of video advertisements offer very specific benefits to advertisers - by allowing them to grab the attention of their audiences, without interrupting their viewing experience.

END_OF_DOCUMENT_TOKEN_TO_BE_REPLACED

How To Avoid Wasting Budget With Online Advertising There is an ongoing problem with online advertising – that of fraudulent traffic. According to research, over a third of traffic generated from online ads is fraudulent. Bot traffic cheats advertisers because marketers usually pay for ads whenever they are loaded in response to users hitting a web page (regardless of whether the users in question are real).

That’s clearly no good. If you’re going to the trouble of creating content, placing ads, and monitoring your campaigns, you want to know that your paid traffic is actually authentic.

Some businesses are reluctantly resorting to cutting back on advertising spend; others are using sophisticated methods to analyze their audiences. Ultimately, it’s up to you which direction you take your advertising strategy, but there are a number of ways in which you can cut back on spend wastage.

END_OF_DOCUMENT_TOKEN_TO_BE_REPLACED

What Is Real-Time Bidding? 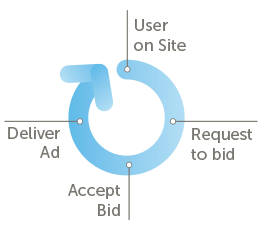 In case you hadn’t noticed, the real-time bidding revolution in online display advertising is well and truly here.

Over the past couple of years, digital marketing has been all about programmatic ad buying, and the industry continues to grow on all fronts; display, mobile, social and video. And within programmatic, real-time bidding (RTB) plays a very important role. In fact, one could even say that RTB has completely changed the face of online advertising, but there’s still a lot of confusion around what it actually is. So here’s a primer, in plain English:

END_OF_DOCUMENT_TOKEN_TO_BE_REPLACED

3 Ways To Annoy People With Your Retargeted Ads 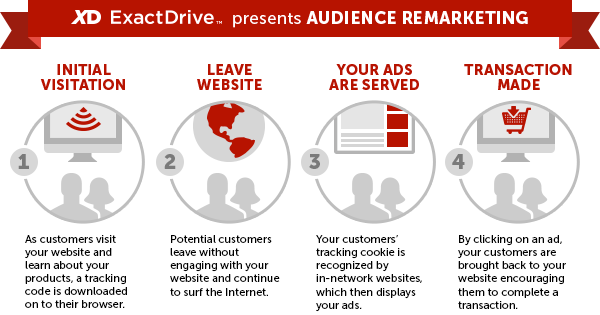 Retargeting has been proven time and time again to be one of the most effective ways to reach an audience. By reminding website visitors of their past interest in a product, service, or brand, advertisers are able to reach out and bring them back through the networks and sites they have interacted with.

Simple and cost-effective, there’s every reason to use retargeting as part of your advertising campaign. But, as with every other strategy, too much of a good thing can be a bad thing.

Read on for 3 of the worst ways to annoy people with your retargeted ads.

END_OF_DOCUMENT_TOKEN_TO_BE_REPLACED 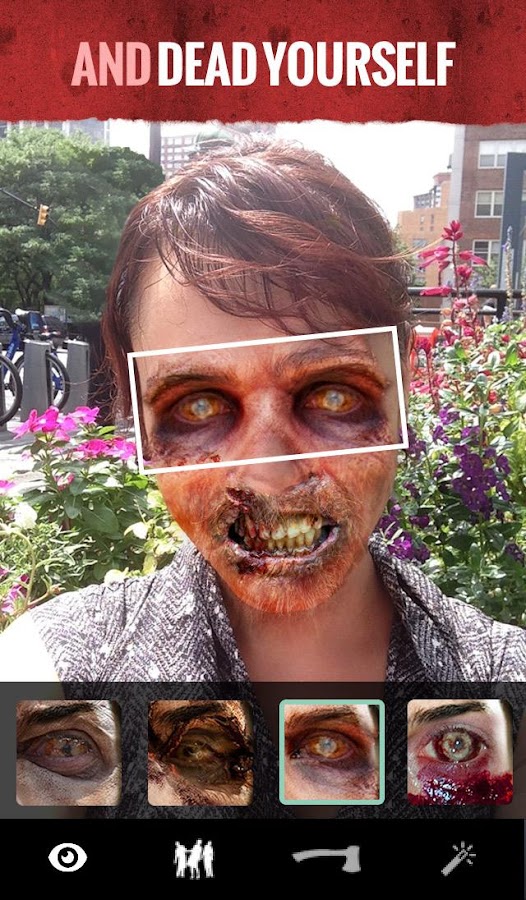 People desert websites for various reasons. If you’re lucky, they’ll come back to finish what they started; if you’re unlucky, they will forget all about it. ‘Abandoners’ can be hot prospects, andcompanies often invest a lot of time and moneyon retargeting (paid media) and remarketing (sending a series of abandonment recovery emails), to persuade consumers to re-visit their purchases.

Here are some techniques from the world of psychology that you canincorporate into your remarketing or retargeting campaigns, to stimulate the ‘buy’ button in your visitors’ brains.

1. Foot in the Door Technique

Sometimes visitors abandon because they are not ready to buy yet, i.e. some shoppers like to add items to their carts over several visits before they check out.Although these visitors may convert later, you can reinforce their decision to buy from you by using the Foot in the Door technique.The principle behind the technique is this: Make a small request of your customer (a micro-conversion) first, such as asking them to join a mailing list orcreate a wish list for future purchases. If they agree to your first request, they will be more likely to respond to your next and bigger request.

Psychologists theorize that the technique works due to the human’s tendency to feel indebted to someone after they’ve had some level of interaction with that person.

END_OF_DOCUMENT_TOKEN_TO_BE_REPLACED

Why You Should Invest In Ad Viewability What metrics are you currently using to measure the efficacy of your display ads and rich media investments? Clicks, dwell time, actions, or a combination of them all? Can the “impressions” metric tell you if an ad is even seen in the first place?

If you don’t know, it’s time you got up to speed. Lets discuss ad viewability and what it is all about.

You can measure all the current display ad metrics you want and pay money based on them, but you may well be paying for ads that don’t ever get seen. This is because you’re paying for served impressions, rather than guaranteed viewed impressions.

Debates around the issue of ad viewability have been raging in the marketing industry for several years now, culminating in the release last year of the Media Rating Council (MRC) and Internet Advertising Bureau’s (IAB), ‘Viewable Impression Measurement Guidelines.

END_OF_DOCUMENT_TOKEN_TO_BE_REPLACED

What the Heck Is Ad Viewability?

Do you knowexactlyhow many people are viewing your online ads? No? Well, it’s sad to say that it’s probably a lot fewer people than you think. In fact, a study by Google found that more than half (56.1%) of online display ad impressions are not seen by consumers. This means that you may have effectively been throwing your digital ad money away.

Advertisers have traditionally used impressions as a metric to measure ad performance. Yet many of these impressions result from page visits in which the visitor never actually sees the ads, either because they’re displayed too low, or worse — the impression is down to a bot.

Above-the-fold (ATF) impressions, for example, do not promise ad viewability. In fact, less than half of ATF impressions are actually viewable, due to the fact that: Many visitors start scrolling down as soon as they visit a page and see top ads for less than a second, and ad vendors self-categorize what constitutes “above” and “below” the fold, which can persuade clients into over-paying for a less-than-suitable placement.

END_OF_DOCUMENT_TOKEN_TO_BE_REPLACED It's impossible to ignore the fact that the world is constantly shifting and growing faster than ever before. We have more digital advancements today than we could have imagined only a couple of decades ago and technology is a vital part of staying afloat within just about any competitive industry.

Every day, more people consume larger amounts of digital content - whether it's on their mobile phones, desktop computers, laptops at work, or tablets. Any company that hasn't adjusted its advertising strategy to include a comprehensive online advertising campaign needs to start making changes - fast.

Studies have shown that consumers today use social media and mobile Internet research to conduct price comparisons and discover information about products before they make final purchasing decisions. With the right online advertising, you can build customer relations and develop your prospects through low-cost, regular, and easy communication. The online world is the future of advertising, and digital media may soon replace traditional concepts altogether, however, just like any advertising effort - your campaign is bound to fail unless you know which mistakes to avoid. Following are the top five reasons that cause online advertising campaigns to stumble.

END_OF_DOCUMENT_TOKEN_TO_BE_REPLACED Establishing an identity and presence online is one of the most important things that any business can do today. While there are many different forms of marketing available, one of the more popular options comes in the form of media buying.

A sub-section of advertising management, media buying takes place when a company or individual responsible for a company's advertisement strategies purchases real estate on a site. To become a truly amazing media buyer, you need to master the art of negotiating placement and price to ensure that you're getting the best possible value for your money. This will enhance your chances for ultimate ad viewability and user interaction.

END_OF_DOCUMENT_TOKEN_TO_BE_REPLACED 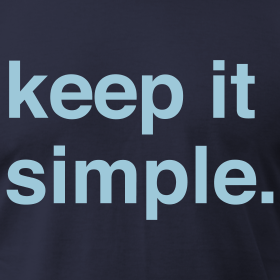 As the online advertising industry continues to popularize a programmatic media buying format with real-time bidding abilities that work in tandem with automated advertising optimization our jobs seem to be getting busier and more overwhelming. Yes, technology is getting faster and smarter but the amount of expected work output and expert knowledge required is increasing in parallel. Or so that's how a person can easily start to feel if they don't read our online media buying recommendations we are sharing below. Kidding.