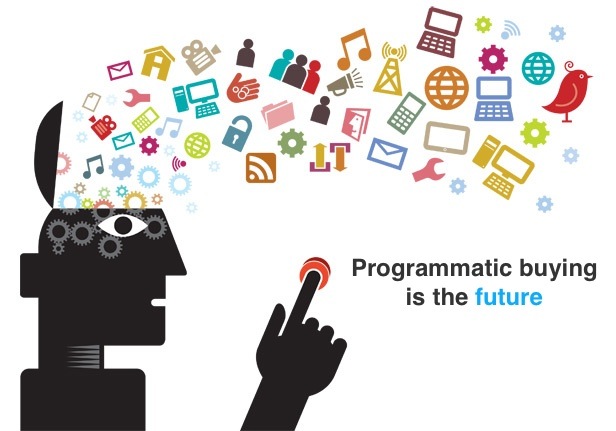 As we move into the digital age, machines are taking on a much bigger role in online ad buying. In fact, according to a new study by Magna Global, (the ad buying arm of Interpublic Group), programmatic buying, in which marketers use computerized systems to target users based on consumer data and Web browsing histories, is expected to jump 52 percent by the end of this year, to $21 billion globally.

This impressive growth is being fueled by a desire from marketers to cut transaction costs, improve efficiency, and see a stronger return on investment of ad spend.

Programmatic is a major departure from the traditional online ad buying process, in which digital ads are bought and sold by human media buyers and salespeople. Programmatic buying automates the processes that humans have historically had to deal with, like sending insertion orders to publishers and dealing with ad tags.

Some brands have embraced the technology with open arms, while others are reticent to accept programmatic buying as a viable tactic, due to some common misconceptions about the practice.

In this article, we dispel three of the most common myths.

Many marketers hear the word "programmatic" and think that "robots" will take care of the media management of their campaigns, rendering them redundant. However, with programmatic buying, although the scientific component (the algorithm) gets most of the glory, the human element is crucial to proper execution. After all, algorithms are only as good as the data that feeds them, and data is only as good as the strategy it informs.

2. Programmatic Buying and Real-Time Bidding (RTB) Are One and the Same

Programmatic buying is a term used to define the automated nature in which online ad buying and selling takes place. It is simply the process of buying media through digital technology platforms, rather than manual negotiations.

Real-time bidding (RTB) is a subset of programmatic ad buying, in which digital advertising opportunities are auctioned off in real-time, enabling advertisers to bid for the right to serve an ad to a particular person on an impression by impression basis.

3. Programmatic Is Made Up of Remnant Inventory

Advertisers tend to be concerned that programmatic buying will only provide access to low-quality, or "remnant" inventory, but this is simply not the case. All kinds of inventory are sold programmatically, including coveted placements that had previously been held exclusively for high bidders.

There has been a real push from within the industry for publishers to police their inventory and expand the creative canvases available for programmatic buying, and as a result we are now seeing rapid expansion into premium inventory channels. This means that programmatic buying will be much more valuable to advertisers and impactful with the appropriate consumers.

This article was originally published on Clickz November 5th, 2014.