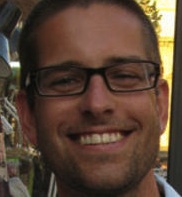 Myles Younger is head of marketing and business development at Canned Banners, a platform for dynamic display ad creative.

Tim Nichols: You've been focused on ad creative for a long time now. What's got you thinking about media buying?

Myles Younger: In building out Canned Banners' dynamic display ad business, obviously we're going to be judged almost exclusively on the performance outcomes of the campaigns that we run. And top performance comes from a symbiosis between ad creative and media buying (among other ingredients). So in order to develop a successful platform, I can't focus solely on ad creative any more; Canned Banners is basically joined at the hip with whichever media buyer or DSP is running our creative. It's been an awesome learning experience.

TN: What are some examples of things that you've learned?

MY: The primary lesson has been that when you make the leap from "traditional" to dynamic ad creative, the creative function has to come down from its ivory tower, make itself beholden to harsh performance metrics, and adapt to fit with all the other moving parts of the online ad ecosystem.

TN: Well that's a relief, or else we'd all be out of a job! What are the barriers you see to "set it and forget it" campaigns?

MY: The tools and tactics are getting more automated, and you've got a bunch of pretty well-automated point solutions, but creating clever, well-informed combinations of the available options is still something you need humans for. It's a bit of a catch-22: the more automated solutions there are, the more necessary people become in making sense of it all.

TN: What's a "clever combination" that a human would come up with that a machine couldn't?

MY: I've been listening to Pandora a lot lately. I stream it through a browser page, so I'm seeing all the banner ads and hearing the audio ads. And despite the fact that I'm revealing a lot of useful information about my musical tastes, that information is apparently only used to determine the next song to play. It doesn't seem to be used in determining the ads I see and hear. The ads seem to just be standard RTB stuff…the same ads I'd get on any other major website.

For instance, I've never seen or heard a single ad for anything music-related on Pandora! There seems to be untapped potential there. The concert industry is getting so competitive these days that even the Rolling Stones have trouble selling out shows. Why aren't bands and concert promoters (or more realistically, their ad agencies) using Pandora's data to get rid of unsold tickets more efficiently? Same goes for local bands busting their asses trying to fill up local bars and clubs. If I'm listening to blues and rock on Pandora, and my metro area can be easily determined by my IP address, then why am I not kept informed about upcoming local blues and rock shows I might want to check out?

My point is that this seems like an opportunity for a pioneering media buyer or agency to step in and deliver some impressive results, connecting the dots between Pandora's song selection algorithm that keeps me listening, the RTB tools that provide easy access to Pandora's ad inventory, the click- and conversion-optimization algorithms available through the exchanges and DSPs, and my own location data. And finally bringing it across the finish line with some kick-ass dynamic ad creative that's connected directly to the concert ticketing API.

TN: Sounds like a new startup! But couldn't Pandora develop an algorithm to do exactly what you just described? It sounds as if it could be pretty well-automated.

TN: And for those humans in the online ad industry as well, I guess.

MY: That's the general idea.