Facebook Advertising: 10 Top Tips To Nail Your Next Campaign With this social media platform, we’re talking about well over 1 billion users – that’s a lot of potential leads. But while the concept of advertising is straightforward, here are 10 top tips to make sure your digital messages cut through the clutter.

END_OF_DOCUMENT_TOKEN_TO_BE_REPLACED

What’s The Secret How To Advertise To Millennials? To sell to any audience, you have to understand them. You need to discover how they think, act and what motivates their purchase decisions – and this is especially true of the Millennial Generation, also known as “Generation Y”, who represent the consumer market of the future.

This generation, (born between 1980 and the early 2000’s), has grown up in a technological world. Unlike previous generations, they have lived their whole lives knowing what television, computers, and telephones are. They have witnessed the rise of the Internet and are used to having an immediate, ever-present source of information at their fingertips. They are also founders of the revolutionary social media movement.

This tech-savvy, media-connected generation is unique. They engage with brands far more extensively, personally, and emotionally than any generation before, and marketers require a unique approach to reach them.

END_OF_DOCUMENT_TOKEN_TO_BE_REPLACED

With over one billion people using social media channels across the globe, it has become a powerful communications and marketing channel that we cannot afford to ignore.Social networking sites allow for viral marketing and word-of-mouth promotion to be very effective because of the high levels of consumer engagement.

But with so many businesses making use of social media, it’s not enough just to set up an account and post generic items once or twice a week. Social media advertising offers far more potential than that.

END_OF_DOCUMENT_TOKEN_TO_BE_REPLACED

The social networking company is currently trialing a system that enables businesses to embed “buy now” buttons in their tweets, so customers can purchase products directlythrough the site. The button is being marketed as a fun way for users to shop and find deals on exclusive merchandise, but the new offering ultimately represents the company's latest bid to claw back revenue, following a decline in user growth.

The feature is initially being tested on a small group of brandsincluding, The Home Depot, Burberry and non-profit group (RED), but Twitter expects to roll the service out and increase the visibility of its e-commerce tweets, in the lead up to the holiday shopping season.

END_OF_DOCUMENT_TOKEN_TO_BE_REPLACED

The Importance Of Blogging In The Digital World

Blogging has come a long way since it first appeared in the late 1990’s. It was originally used as a platform to share a person’s thoughts, feelings and opinions. In today’s digital world however, blogging is regarded as a powerful, long-term marketing asset that can generate traffic and leads to your business.

If your company does not have a blog that is updated on a regular basis, you are missing out on an opportunity to increase your company’s visibility, client base and bottom line.

Why is blogging important?

Blogging is an ideal way to increase the amount of traffic your website receives. If you provide information that is engaging and relevant to your audience, it will encourage repeat visits to your website.

END_OF_DOCUMENT_TOKEN_TO_BE_REPLACED Most people think that LinkedIn is just a digital repository for resumes, but the site, which now boasts over 300 million members, is slowly repositioning its business around content marketing, to make the site morebusiness-friendly and relevant for social media lead generation and B2B marketing.

As part of its strategy, the company launched two new products earlier this year, in an effort to assist businesses with their content marketing efforts.

The Content Marketing Score is an analytics tool that provides users with insight into the impact of both their paid and organic LinkedIn activity.

Content-marketing scores are calculated by dividing the number of LinkedIn users who've engaged with a brand's content (via sponsored updates, company pages, LinkedIn Groups, employee updates and influencer posts) in the past month by the target audience of users who have been active in that monthly period. The number is then multiplied by 1 million.

END_OF_DOCUMENT_TOKEN_TO_BE_REPLACED

Using Selfies As A Marketing Tool

The Internet is often captivated by a craze and one such craze that’s taken off in recent years is that of the ‘selfie’. Named as Oxford Dictionary’s word of the year in 2013, many people thought that the selfie was a passing trend, but it seems to be here to stay.

Over the past two years, a growing number of companies have been leveraging the power of the selfie to benefit their marketing efforts. In January 2013, 13 brands used selfies in their Facebook campaigns and by December, that number had increased to 207. On Twitter, the number started at 252 and grew to more than 780.

Some brands have seen great success with selfie campaigns, reporting increases in user engagement and sales.

END_OF_DOCUMENT_TOKEN_TO_BE_REPLACED

In the digital age, consumers are increasingly flooded with information from a wide variety of media. Research has found that we create and share 1.5 billion pieces of content, 140 million tweets and 2 million videos each day. With the proliferation of information available and a demand for instant and easily palatable content from consumers, businesses are looking to visual marketing methods such as infographics to explain, share and promote content.

As the majority of people are visual learners, infographics serve them well, as they’re easy to scan and easily shareable. They can therefore be a useful way to educate your audience.

END_OF_DOCUMENT_TOKEN_TO_BE_REPLACED

If you thought Instagram was just a photo sharing app, think again. The Facebook-owned social media network, which now boasts more than 75,000,000 daily users,has evolved into a powerful marketing tool and advertising platform.

Instagram has rolled out the tools to its current advertising partners, including BananaRepublic, Adidas and Michael Kors, whose striking visual adsperfectly fit the aesthetic that Instagramare striving for. The response from advertisers has been positive; Michael Kors gained 33,000 new followers in the wake of theirInstagram ad campaign (16 times more than usual),but feedback has shown that companieswant more insight into how their ads are performing and how people are engaging with theircontent.

In response to feedback, Instagram haslaunched three new marketing analytics tools, which will enable marketers to monitor how their posts are performing in real time, using detailed measurements. The "Account Insights" tooltracks impressions, reach and engagement for a brand's unpaid posts.It also aggregates stats about an account's follower base, with demographic information such as the age and gender of users. It will also advise on the best times of day or week to post, based on user’s activity.

END_OF_DOCUMENT_TOKEN_TO_BE_REPLACED 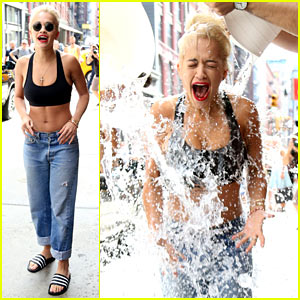 In recent months, social networking sites have been bombarded with videos of celebrities and the general publicthrowing buckets of ice water on themselvesin the name of ALS (Amyotrophic Lateral Sclerosis) research.After an icy soaking, participants make a small online donation and nominate three people to undertake the challenge within 24 hours.

The perfect mix of social media, celebrity engagement and philanthropy – the Ice Bucket Challenge has becomea viral phenomenon. According to Facebook, between the period of June 1 and August 17, over 28 million people commented on, or liked a post about the challengeand 2.4 million videos were shared across the site.

To date, the campaign has secured donations of over $31.5 million forALS, compared to $1.9 million over the same time period last year.