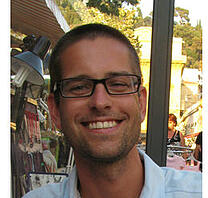 Myles is head of marketing and business development at Canned Banners, a platform that automates and streamlines display ad design. I caught up with Myles on the state of display ad creative.

Tim Nichols (Exact Drive): Everyone keeps predicting the death of the banner ad, yet Canned Banners has staked its business model on making it easy to create banner ads. Why do you think there’s still opportunity there?

MY: That’s a multi-part answer. First: many display ad detractors are basing their arguments on very outdated assumptions. In 2012, they’re griping about poorly targeted, poorly conceived 90s-era banner ads. It’s like complaining about low gas mileage when all you’ve ever driven is a 1960s Cadillac. True, lots of display advertising is still stuck in the Dark Ages, but that doesn’t reflect poorly on display advertising as a channel, it reflects poorly on marketers, agencies, and ad salespeople.

Second: there are more and more advertisers and vendors who are getting better at connecting display ad impressions with business goals (awareness, clicks, conversions, sales revenue, etc). As this trend continues, you’re just going to see stronger and stronger demand for display advertising as a marketing channel.

Third: when people barf all over tacky Dancing Mortgage Ads as evidence of display’s senescence and irrelevance, what they don’t realize is that they’re citing evidence of display’s strength. There are a lot of direct response advertisers out there who are taking advantage of cheap CPMs and making a killing with display. Yes, sometimes they use tacky creative that offends the eye. But bottom line: in the right hands, display works.

Tim Nichols: What’s the display ad of the future look like?

MY: I don’t know what it looks like, but I do know how it behaves. It might be helpful to break it down into a “1.0 / 2.0” thing (I hate to use such a tired cliché, but maybe “Display Ads 2.0” will catch on and I can make a cushy career on the conference circuit as the guy who invented it).

Display Ads 1.0 was a “dumb” static format. You shipped your GIF/JPEG/SWF files off to the publisher or ad network and those ads had fixed content for all eternity. If you wanted to change your message, you repeated the whole creative/trafficking cycle until your hair fell out.

Display Ads 2.0 is a dynamic format with computational power behind it. Functionally, a next-gen display ad isn’t any different than a website or a web app: Display Ads 2.0 can be GIVEN instructions on what content to feature, how to appear, how to behave, etc. They can also send contextual data or user input BACK to whatever application is powering the ad.

Display Ads 2.0 are like software applications squeezed into 300×250 boxes. How will advertisers “skin” these apps and take advantage of the opportunities they present? I don’t know, because the industry’s just getting started down that path. But there’s plenty of history to draw from if you look at the way websites have evolved over time: in the early 90s, websites were 100% static; two decades later, revenue-generating machines like Amazon.com and Zappos.com have almost ZERO content that isn’t the product of a 2-way conversation between the website front-end and an underlying software application.

Tim: What’s your take on HTML5? Does Canned Banners support it?

MY: Canned Banners doesn’t support HTML5 yet, but it’s not far off on the horizon. We’ve been staunch defenders of Flash as a great multi-purpose, cross-platform graphics format, but there the world is changing and now there are a ton of reasons to move away from it. Time for another multi-part answer:

First: it’s much easier and more efficient to create Display Ads 2.0 in a familiar, well-supported format that’s easy to connect to underlying applications. This just isn’t the case with Flash. The Flash Player may have an unmatched install base, but outside of the gaming world, how many 100% Flash-based websites or web applications do you see? Not very many (and this would be true regardless of Apple). Which technologies have ended up dominating the front-end of the web? HTML, Javascript, PHP, and so forth. The web has made its choice.

Second: as display ad formats and ad inventory get more fragmented, HTML-based ads will become critical to maximizing exposure across the chaos.

Today, I’ve got to create two separate ads for 300×250 and 300×600 units, and then if I’m running on mobile, I have to start worrying about device support, and so forth. Imagine if websites were restricted by this same fragmentation. Your web developer would have to create and maintain one 1280×800 site for Chrome, another 1920×1080 site for Firefox, and so forth. If I resize my browser by a single pixel, a site won’t work! The web would be a total nightmare.

Luckily that’s not the case. Because of the way websites are built, I can resize my browser, switch browsers, and switch devices, yet a given website will pretty much work fine. Unless ads are given that same inherent flexibility and fluidity, there’s no way that advertisers, ad networks, and publishers will be able to make efficient use of all the fragmented inventory that’s out there.

That’s only two, but there are lots of other reasons that HTML5 looks likely to be the next lingua franca for display ads. I’ll save the rest for another interview.

Article was original published by Tim Nichols on July 3rd, 2012 at The-Makegood.com.