Highlighting Your Mission With Social Experiments 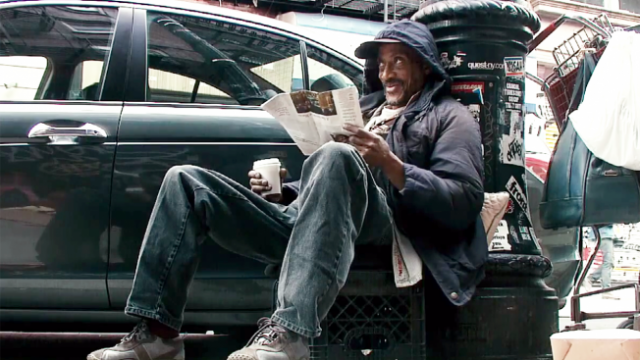 If you saw a rack of refreshing beverages on a street corner with a sign that said, ‘drop $1 in the box for a drink’, would you pay? This is the sort of moral conundrum posed by ‘social experiment’ marketing, in which brands carry out experiments in a social environment to investigate how people react to certain situations.

Social experiments provide an ideal framework for guerrilla advertising, as they are cheap to stage, require little in terms of resources and have the potential to reach a huge number of consumers, by nature of being digital and shareable. Often used by not-for-profit organizations to highlight a cause (Cause Related Marketing), this can be an extremely powerful way to communicate a message.

For example, in 2013, New York Rescue Mission carried out a social experiment as part of their ‘Make Them Visible’ campaign, to highlight how people view the homeless. With this experiment, the organization wanted to see if people would recognize their own family members if they pretended to be homeless, and set up a hidden camera to capture unsuspecting members of the public walking straight past their ‘homeless’ relatives.

The New York City Rescue Mission said the video was produced to “make people think twice before walking by the homeless” and it had a profound effect on the participants, who were visibly moved after being informed that the homeless person they ignored was actually someone they cared about.

The video also had a significant impact on viewers. The emotional video went viral, receiving almost 5,000,000 views on YouTube, and ignited discussion about the plight of the homeless in political circles.

The Ethics Of Social Experiments

The Rescue Mission was careful to disclose information about the experiment to participants and gain their full consent before making the footage public, but other organizations have hit the headlines for the wrong reasons.

You have probably heard about the controversy surrounding Facebook’s mood manipulation experiment. In early 2012, Facebook toyed with the emotions of nearly 700,000 unsuspecting users, by manipulating their newsfeeds to show more positive posts to some people and more negative posts to others. The aim of the experiment was to determine whether Facebook could change the emotional state of its users.

When news of the experiment was made public, users were horrified to discover that their emotions had been manipulated and their privacy violated during the week long experiment.

Facebook reacted quickly, issuing an apology and sharing a new framework put in place to monitor its research more closely. The framework focuses on three areas; guidelines, review, and training and includes an "enhanced" review process before research can begin. In addition, the social network has committed to more extensive training for its employees.